The Knoxville Chapter of CSI 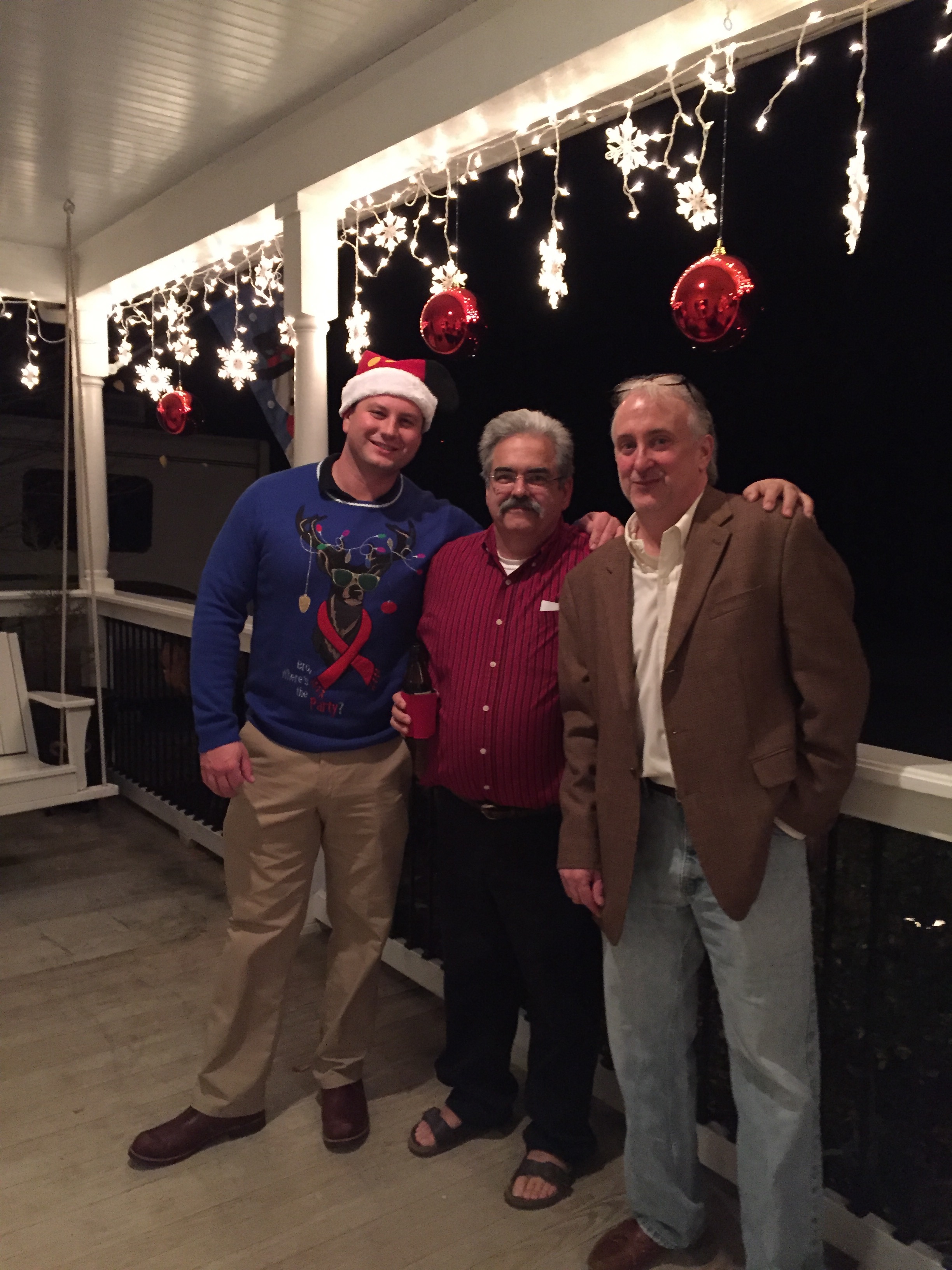 The CSI Christmas Party was hosted by Jill and Gary Bergeron at their home in Powell.  Over 45 members and guests attended the bash in festive attire and headress.  We started the partying on the party van in Ingles' parking lot where Suzan arranged for us to be transported direct to the Bergeron's door.  The place was festively decorated in total Christmas sparkle and glitter.  We feasted on a Low Country Boil prepared by Shrimp Dock - WOW!! and that was accompanied with tasty delights in every room.  There were even pralines imported from Lousiana.  A cajun Christmas!   Christmas carols were led by Jill with Will Dunklin providing the accompaniment on keyboards.  (He's really good!)  The traditional Christmas gift exchange was delivered with a funny twist as we followed directions for exchange through a lively poem created by the hosts.  Toys were collected to be delivered to Toys for Tots annual toy drive.  Since Curtis Rosembaum first suggested in 1996 the CSI Chapter has participated in this program.  The Marines were amazed and very grateful when Kathy dropped the toys by the Alcoa Hwy Marine base.  There were over 50 toys of all types donated by CSI members and friends this year.  Curtis would be proud.  Thank you all for your generosity and thank you Jill and Gary for hosting this wonderful event.

To see more pictures from the party, go to the EVENTS page on this website.  If you have photos that you would like to share, please email to Kathy or Suzan for posting.

Want to see what the National Convention Looks like?
Wed, Nov 04 2015

These are some photos from the National Convention and CONSTRUCT2015 in St. Louis earlier this fall.  You can view pictures from the Fellow''''s Investiture [note that 3 of the 6 new fellows were from Gulf States Region], Awards celebration, the St. Louis Chapter Party at the Budweiser Center, and random arrival shots.  Representatives from Knoxville include Suzan Jordan, Donna Covert, Suzan Davis and Kathy Proctor.  https://goo.gl/photos/gde9xvAmP4rSYhMp9 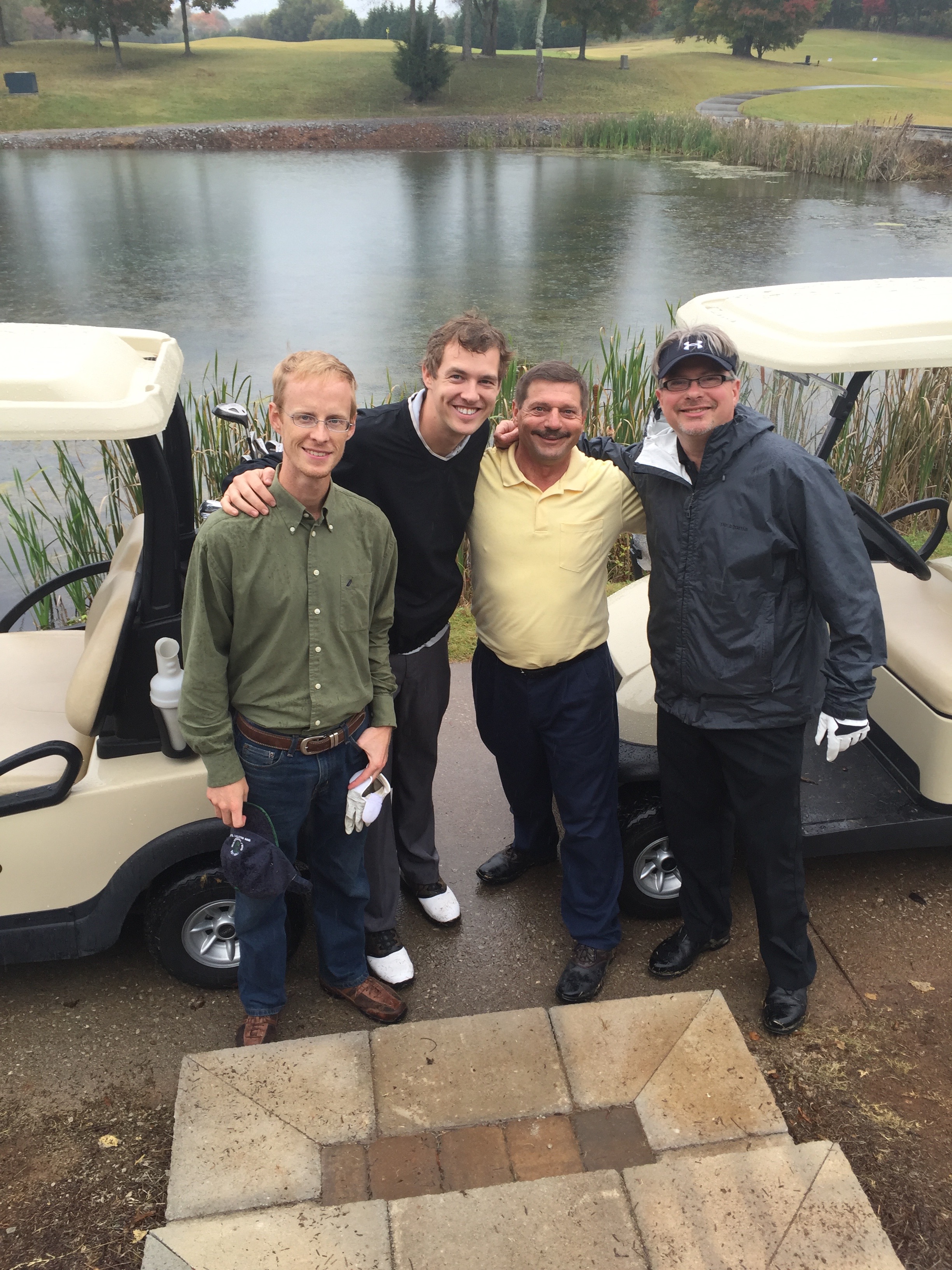 After a warm lunch in the clubhouse, over 70 players headed out at the shotgun start at 12:45 and braved the overcast skies. It turned out to be a perfect fall day for golf. On the 15th tee, the Sheriffs Department had an opportunity for $10 to take advantage of the 515 yard par 5 challenge by exchanging your Tee shot for a shot off an AK-15. With a little firepower, the balls sailed over the lake and landed 150 yards away. There are lots of photos of our golfers with their assault rifle tee shots. And the winners are: First Flight : 1st place - the Wakefield Corporation team [Grant Bryant, James Vandergriff, Wayne Palmer & Jeff Kenley] with a 53 with the Merit Construction team [Wes Crow, Kent Everett, Doug Heffron & Chuck Severance] sporting a 55 and grabbing 2nd. Second Flight: 1st place - General Shale & Sherman Dixie team [Lukas Salyer, Josh Brock and Tim Owens] with 63 shots. The Hiwassee Window and Door team [Sam Ledford, Josh Stephens, Phil Crawley & David Francis] tied that score and took 2nd. Closest to the Pin, which was sponsored by SESCO Lighting, Home Choice and Hiawasee Window and Door, was won by James Vandergriff on hole # 6 with a 4''''-8" spread and on hole #14 a 5''''-8" distance gave Bob McCoy the win. The longest drive, which was sponsored by CFI Insulation on #3, was won by Austin Whaley, and by Dustin Davis on #12, which was sponsored by Otis Termite and Pest Control. Thank you so much to the volunteers who worked hard to put the event together under the leadership of Wes Crow and Josh Brock. The drink cart was manned by Bobby Davis and Susan Davis and sponsored by Gillman Services and the Labor Exchange. We want to thank all our other hole sponsors that helped to make this event possible: CFI Insulation, Dupont / TYVEK, Carlisle-Syntec, Advent Electric, Hoffman & Hoffman, J&F Mechanical, SESCO Lighting, Harrison-APAC, Associated Fire Services, Whaley & Sons, Johnson & Galyon, Superior Steel, Ingersoll Rand Company, Gwynn Sales / Take Access Flooring, Clancy Custom Millwork, TIS Insurance, Baird & Wilson Sheet Metal, Glenn E. Mitchell Concrete, Dixie Roofing, White Realty, Merit Construction, American Refrigeration, Kelso-Regen, Shoffner / Kaltoff, Scotts Plumbing, Shoun-Allen Masonry, ABG Caulking, W.S. Trimble, SKYCO Staffing Services, United Elevator Services, Rayco Restoration, and Castone And always we want to express our appreciation to the excellent staff at Willow Creek who have been so accommodating to hold our tournament year after year. See you next Fall!

The University of Tennessee College of Architecture 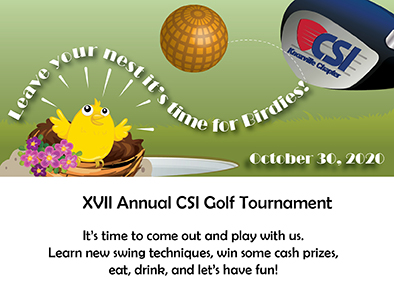 Remember to check
"Knoxville"
to join our chapter!